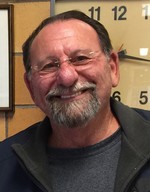 Wynn John Morrie, 72, of Allegan, Michigan, passed away Saturday, October 31, 2020 at Ascension Borgess Hospital in Kalamazoo, Michigan. Born in Allegan, Michigan on April 8, 1948, he was the son of the late Francis and Irene (Szaniszlo) Morrie. Wynn married his first love, Elizabeth Miller on January 18, 1969 and together they raised their two children, Ami and Jeff, until Liz’s passing in 1998. The Morrie household was one that others always felt comfortable being in. If Jeff or Ami had friends over, Wynn usually made sure that their friends always left with their vehicle’s fluid levels being topped off and occasionally even a full oil change! Not only was Wynn happy to help the kids out, but he was there for his community too, serving on the Allegan City Council, being a part of Allegan Bridgefest, serving on the economic development committee to assist the industrial park area, dressing up for parades and welcoming other cities into the community through Mayor Exchange Day. He even went so far as to dress up as a cowboy to promote the city’s “Bounty” for new businesses which won an award where he, along with others, were invited to Texas to be recognized for their efforts. Wynn worked hard for his community and his family. He spent many years working for Milbocker and Son’s Construction, where he was known to the crew as “Monk,” and finally retired from the Allegan County Road Commission. In his spare time, you could find Wynn enjoying the numerous friends he had through the Eagles, Elks, Moose Club and on the golf course as an avid golfer. Wynn had a great smile and was always eager and willing to help out those in need. He was also a member of Blessed Sacrament Catholic Church and served as an usher. He and his second wife, Rose, enjoyed their church community and their community at large. They spent their retirement years camping and traveling to other states and avoiding the snow.

He was preceded by his parents, Francis and Irene, and his first wife, Liz.
The family will meet with friends at Gorden Funeral Residence, Allegan Chapel, on Tuesday, November 10, 2020 from 5:00 – 7:00 PM. Memorial donations may be made to the Elizabeth “Liz” K. Morrie Scholarship Fund through the Allegan County Foundation, 112 Locust St., Allegan, MI 49010. Private burial service to take place at Poplar Hill Cemetery, Monterey Township.