To share your memory on the wall of William Ruga, sign in using one of the following options:

The family has fond memories of fun family time at Bill and Irene’s lake cottage. Bill spent many hours driving the speedboat and teaching his children and grandchildren to waterski. Bill was an avid golfer and spent many weekends golfing with his son, sons-in-law and later his grandsons. He was a member of Cheshire Golf Club for many years and also played in other leagues. He played every Saturday during golfing season and developed many treasured friendships with his golfing buddies. On his 69th birthday, Bill played his best game of golf, scoring a 69 for 18 holes. Bill was a member of the Allegan Elks Club for 48 years and served as the Exalted Ruler from 1988-89. Watching St. Louis Cardinals baseball was a favorite past time. He was also a self-taught electrician and a student of finance. Bill deeply loved his family and always looked forward to family events. He especially enjoyed visiting with his grandchildren and great grandchildren. Bill was a member of Blessed Sacrament Parish since 1958.

Those left to cherish his memory include his wife, Irene of 68 years, his children, Barbara Ruga and Gary Noble of Mesa, AZ, Cynthia and Karl Hermanson of Lapeer, MI, Mary Kay and Robert Young of Auburn, IN, and William N. and Sally (Whitney) Ruga of Allegan, Alfred E. Taylor, son-in-law, of Myrtle Beach, SC, 10 grandchildren and 17 great grandchildren, his brother Lazar Ruga of Rhineland, MO, several nieces, nephews and cousins. Along with his parents, Bill was preceded in death by his beloved daughter Teresa Rose Taylor, brothers, John and Nicholas Ruga, and Delores Ruga, sister-in-law.

The family will receive family and friends at Gorden Funeral Residence, Allegan Chapel on July 2, 2020 from 5-7 pm with Rosary at 6:30 pm. A Mass of Christian Burial will be held at Blessed Sacrament Catholic Church on July 3, 2020 at 11:00 am. Rev. Father Simon Manjooran officiating. In lieu of flowers, donations may be made in Bill’s name to Good Samaritans of Blessed Sacrament or Hospice Care of Southwest Michigan. Interment will take place at Blessed Sacrament Cemetery, Allegan, MI.

Due to the Covid-19 virus, the family requests that social distancing and masks be utilized.
Read Less

To send flowers to the family or plant a tree in memory of William Joseph Ruga, please visit our Heartfelt Sympathies Store.

Receive notifications about information and event scheduling for William

We encourage you to share your most beloved memories of William here, so that the family and other loved ones can always see it. You can upload cherished photographs, or share your favorite stories, and can even comment on those shared by others.

Pamela Valdez (Fachini), Love, the Voglewede Family (David, Dan, John & Ann, and other have sent flowers to the family of William Joseph Ruga.
Show you care by sending flowers

Posted Jul 02, 2020 at 12:21pm
I played golf in the Saturday morning Elks golf league along with Bill for many years. A true gentleman and friend. I will always have fond memories of Bill and Saturday mornings. R.I.P. Bill. - Chuck Reynolds 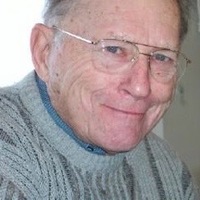