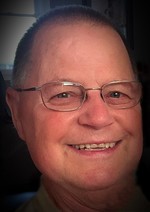 Victor Owen Hitchcock, 67, of Allegan, MI passed away Sunday, November 15, 2020 at home with his family by his side. Born August 23, 1953 in Allegan, he was the son of the late Donald and Carol (Regnier) Hitchcock. Victor was a graduate of Allegan High School. He could often be found seeking adventure in one way or another. Victor had gone sky diving, parasailing, bungee jumping and whitewater rafting over the years and had also enjoyed going camping. Above all else, he found his greatest joy came from being surrounded by family. His grandchildren and great-grandchildren were the light of his life.

Victor is survived by his children, David (Heather) Hitchcock and Stacey (Jody) Davis; sister, Diane (Pat) Diskin; grandchildren, Brooke, Porter, William, Shaylyn and Hunter; and great-grandchildren, Hannah and Abbey. In addition to his parents, he was preceded in death by his brother, Darrel Hitchcock.

In accordance with his wishes, cremation will take place and Victor will be laid to rest in Millgrove Cemetery alongside his family.