To share your memory on the wall of Terry Phillips, sign in using one of the following options:

The family will receive friends at Gorden Funeral Residence, Allegan Chapel, on Monday, June 15, 2020 from 10:00 AM until 12:00 PM, at which time a funeral service will begin. Memorial contributions may be made to Heartland Hospice Services of Kalamazoo, 8075 Creekside Drive, Suite 120, Portage, MI 49024.
Read Less

To send flowers to the family or plant a tree in memory of Terry Phillips, please visit our Heartfelt Sympathies Store.

Receive notifications about information and event scheduling for Terry

Posted Jun 15, 2020 at 10:16am
Our hearts go out to your family during this difficult time. We will always remember working with Terry at Haworth, and the way he always made people smile and laugh. Think back on all the wonderful memories Terry left behind and cherish them forever.
Sincerely, Becky Harley and Teresa Butler

Posted Jun 13, 2020 at 06:00pm
I lived by the Phillips family, and Terry , Bruce Knight, myself Anne Wallace and my sister Sue spent alot
Comment Share
Share via:
HS

Flowers were purchased for the family of Terry Phillips. Send Flowers

Posted Jun 12, 2020 at 07:35pm
I will miss you so much and I am so blessed to call you my stepfather. I will forever hold the precious and silly memories with you. Rip 🙏 I love you Terry!
Comment Share
Share via:
TV

Posted Jun 12, 2020 at 05:13pm
Wishing you peace to bring comfort, courage to face the days ahead and loving memories to forever hold in your heart. With love and remembrance. 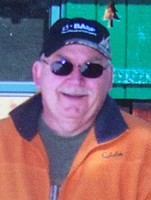