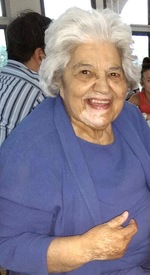 Her parents, Alvino and Leopoldina (da Silva) Fontinha, gave birth to Rose on November 13, 1929 in Taunton, Massachusetts. She met Lyle Wedge of Allegan while he was serving in the US Air Force stationed in Massachusetts. After completing her Bachelors in Elementary Teaching from Bridgewater College, she started her first teaching job. On October 6, 1951 she married Lyle. In 1952, they moved to Oregon for Lyle to attend tech school and Rose taught elementary classes. In 1954, they moved to Lyle's hometown of Allegan where they remained. Rose taught in Kalamazoo Public Schools for two years before accepting a teaching position in Allegan at Dawson Elementary, later Pine Trails and West Ward Elementary schools. Primarily teaching fifth grade students. After 34+ years with Allegan Public Schools, Rose retired. She and Lyle enjoyed traveling around the USA in their motorhome and traveling abroad.

Rose was an active member of the Blessed Sacrament Catholic Church since 1954. She enjoyed helping in the kitchen on weekends leading up to their Ladies Axillary Annual Bazaar and Pie Sale. She also enjoyed the membership of their BS Ladies group where they'd enjoyed luncheon outings, weekly crafting and knitting sessions making hats and mittens for the needy and the crafts for the annual Bazaar. She was an avid reader and enjoyed watching the Hallmark Channel often telling guests the outcome of the rerun stories.

A celebration of life will be held at a later date. The family asks that no floral arrangements be sent. Instead, those wishing to do something, donations may be made to the Blessed Sacrament Catholic Church of Allegan or a charity of their choice.