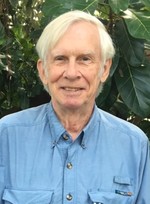 Robert Jay Nyhuis, 74, of Silisbee, TX passed away Monday, November 18, 2019 at Cornerstone Hospital of Houston. Born September 26, 1945 in Allegan, MI, he was the son of the late Jess and Florence Josephine (Anderson) Nyhuis. Robert was a graduate of Allegan High School. He honorably served in the United States Air Force in Vietnam. Later, Robert had worked as an electrical consultant for N.O.V. in Houston.

He is survived by his sister, Carol A. Barber of Pleasantville, NY; brother, Roger Nyhuis of Mt. Orab, OH; sister-in-law, Linda Nyhuis of Kalamazoo, MI; four nieces; a nephew; and fourteen grand-nieces and nephews. Along with his parents, Robert was preceded in death by his brother, Dennis Nyhuis.

The family will receive friends on Saturday, November 23, 2019 from 10:00 AM until 12:00 PM at Gorden Funeral Residence, Allegan Chapel. A funeral service will begin at 12:00 noon at the funeral home with burial to follow in Overisel Cemetery. Memorial contributions may be made to the American Cancer Society; P.O. Box 22478, Oklahoma City, OK 73123.