To share your memory on the wall of Robert Hoyt, sign in using one of the following options:

Bob was preceded in death by his lovely wife of 70 years, Roberta (Pease) Hoyt, or “Sweetie Face” as he liked to call her; his half-brother, Victor Rieber; and stepbrother, Floyd Hoyt.

The family will receive friends at First Congregational Church on Monday, December 16, 2019 from 10:00 AM to 11:00 AM, at which time a funeral service will begin. Burial will follow in Hudson Corners Cemetery. In lieu of flowers, memorial donations may be made to the Alzheimer’s Association or to a charity of one’s choosing. Gorden Funeral Residence, Allegan Chapel, is assisting the family with arrangements.
Read Less

To send flowers to the family or plant a tree in memory of Robert Daniel Hoyt, please visit our Heartfelt Sympathies Store.

Receive notifications about information and event scheduling for Robert

Posted Dec 11, 2019 at 11:00am
Our prayers are with you. So many fond memories of your Dad. At church, he so enjoyed lifting his voice on high, especially his favorite hymns. I remember when we were children, the work he did on helping with the children's Christmas program. Our two boys learned from your Dad that a strong handshake was an important attribute. He had too numerous sayings to share, but one of our favorites was the one thing consistent in life was change. He always had a smile and a story to share, and we will all miss him. With heartfelt sympathy, Terry & Pam Johnson
Comment Share
Share via:
DP

Posted Dec 11, 2019 at 08:19am
In memory of my beloved Uncle Bob. I have such wonderful memories of him. He is the last of my "Greatest Generation" relatives.

Posted Dec 10, 2019 at 07:48pm
Bob & Roberta were good friends with my mom and dad, Dick and Betty Truax for many many years. When my two little girls and my husband and myself were in a serious car accident. My older daughter (about 4) had a serious head injury Bob would cut my daughter's hair because he was very gentle. Therefore, Bob became known to my girls as "Green Bob" because of his green barber shirt! We will miss you Green Bob.
Debbie Truax Belden and Larry Belden
Comment Share
Share via:

Posted Dec 10, 2019 at 01:35pm
thoughts and prayers to all the family, will miss Bob stopping in after he got his hair cut to say Hi, and talk to me for a few minuets and then he was off again
Comment Share
Share via: 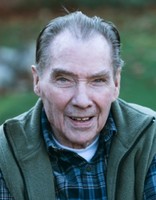 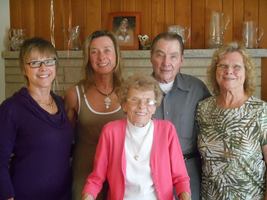 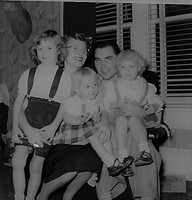 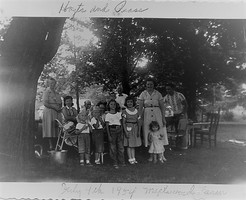