To share your memory on the wall of Phyllis Kiella, sign in using one of the following options:

Phyllis attended Hillsdale Public Schools, and after lugging her double-bass violin between her home on South Street and the high school on West Street, she graduated in 1943. Music was always a part of Phyllis’ early life, whether singing with her family or as a soloist at Saint Anthony Catholic Church. Growing up in Hillsdale, despite the Great Depression and Second World War, was a happy time, filled in the joy of an extended family and close friends.

World War II was in full progress at the time of Phyllis’ high school graduation; many male classmates were called into military service. Phyllis and her sisters delayed entry into college to serve their country as Rosy the Riveters in the defense factory, assembling B-17 bomber parts.

Their commitment to the war effort fulfilled, Phyllis attended her mother’s alma mater, Western Michigan College in Kalamazoo. There she completed four areas of study; two proved to be lifelong endeavors: vocal music and education. Phyllis was a charter member and vice-president of the Sigma Alpha Iota, Beta-Eta Chapter, music fraternity. Western introduced her to many enduring friendships. She studied there with, and later became a lifelong friend of Dr. Elwyn “Doc” Carter, an early chair of Western’s School of Music. She graduated in December of 1950 and has a legacy of four generations at WMU. She was awarded a Permanent Teaching Certificate by the State of Michigan; her accomplishments in the classroom acknowledged at her retirement by Sen. Ted Kennedy in his personal note to her from the US Senate.

Phyllis arrived by bus to Allegan, Michigan immediately after graduation where she was hired to become Allegan Public Schools’ Elementary and Junior High School Music Teacher. Four buildings, ten grades, no car. Her career spanned three generations of elementary students at Blessed Sacrament School, St. Margaret School, as well as Allegan Public Schools. Phyllis was an early voice in the Michigan Education Association and the Allegan Education Association, where she participated on the first, and many subsequent contract negotiation teams.

Phyllis was a teacher and performer, both. In college she sang with the Women’s Glee Club, the precursor to the Varsity Vagabonds and Gold Company. She also sang with the Otsego Community Chorus for many years, performed on Louise Carver’s Feminine Fancy television program, was Choir Director at Blessed Sacrament and St. Margaret Catholic Churches, and was a member and auditioned contralto soloist for the Grand Rapids Symphonic Choir under the Direction of Albert P. Smith. She was the oldest member and past-president of the Allegan Music Study Club. She was recently honored by Club members, the community, and former students at a special performance celebration.

Over the years, Phyllis taught hundreds of area singers in her private vocal music studio, where she helped develop many very special music students; some going on to professional careers as music performers. Her students participated in The Michigan High School Vocal Music Association adjudications, where most students were awarded the highest level designations. She and Carl Doubleday founded the Phyllis Malarney-Kiella Vocal Music Scholarship for the Summer Music Seminar sponsored by the Music Department at WMU.

Phyllis was preceded in death by her parents; her sisters Mary Louise Gilligan, Frances Henkes and their spouses; brother Theron Joseph “TJ” Malarney; and her grand-daughter Jacqueline Sue Rice.
Our family would like to thank Golden Orchard Assisted Care Facility – Fennville, and Plainwell Life Care Center for their support, kindness, and care during Phyllis’ final illness.

In keeping with her wishes, cremation has taken place. The family will meet with friends from 10:00 – 11:00 AM at St. Thomas More Catholic Church, 421 Monroe Street, Kalamazoo, on Saturday, January 11, 2020 where A Mass of Christian Burial will take place at 11:00 AM, Father Paul Redmond officiating. Private inurnment of the cremains will take place at Blessed Sacrament Cemetery, Allegan.

Allegan Floral and Gifts is assisting the family with floral arrangements. Please visit their website at https://alleganfloral.com/
Read Less

We encourage you to share your most beloved memories of Phyllis here, so that the family and other loved ones can always see it. You can upload cherished photographs, or share your favorite stories, and can even comment on those shared by others.

Posted Jan 08, 2020 at 10:34pm
John-and Family,
you were blessed to have a lot of great memories with your Mom to last a lifetime. She stood out at Blessed Sacrament in her passion for making the Parish better. Your Mother was an exceptionally bright spot among a community full of bright spots and her presence was a blessing to Allegan on many levels. She will be missed - but, certainly celebrated for the mark that she left in her long, community & family-loving life.

Posted Jan 03, 2020 at 09:55pm
Dear Chris, Diana, and family,
You are in our thoughts and prayers🙏🏻 Your Mom and Grandma lived a wonderful life and touched many lives with her love of music and teaching.
God bless, Doug and Deb Hoffman

Posted Dec 31, 2019 at 07:53am
Mrs. Kiella was my 3rd grade teacher at Dawson Elementary, she was one of those teachers with a sturn look about her, but when you got to know her, she was a warm hearted individual, that wanted all children to succeed. I remember the first time I heard "This land is my land, this land is your land.", She sang that song in class, as we sang along, Every morning after the Pledge of Allegiance. Honestly, I could have just listened to her sing, she had such an awesome voice. I have seen her through out my childhood into adult hood, off an on, at the stores around town, it was always nice to chit chat with her.
My condolences to the family, she was definetly a teacher to remember.
God Bless,
Tracey Newburry (Davis)
Comment Share
Share via:
RF

Posted Dec 30, 2019 at 08:30pm
My dear friend is at Home and at peace. I shall miss her. We had many years of " solving all the world's problems" together at lunch. My deepest sympathies to all of the family. May God give you His grace during this difficult time. 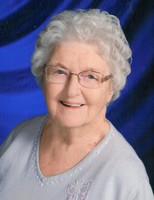 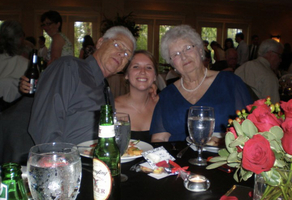 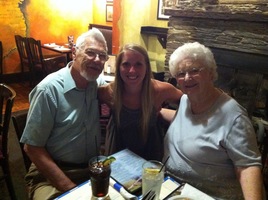