To share your memory on the wall of Marilyn Sipple, sign in using one of the following options:

Print
On Friday, August 28, 2020, Marilyn Ann (Thompson) Sipple, loving wife and mother of four children and five grandchildren, passed away at the age of 78.

Marilyn was born on February 24, 1942 in Allegan, Michigan to Paul and Anna (Schafer... Read More
On Friday, August 28, 2020, Marilyn Ann (Thompson) Sipple, loving wife and mother of four children and five grandchildren, passed away at the age of 78.

Marilyn was born on February 24, 1942 in Allegan, Michigan to Paul and Anna (Schafer) Thompson. She received her associate’s degree from Western Michigan University and worked as a teacher in Title I at Martin Public Schools for over 10 years. Marilyn was passionate about education and worked hard to make sure that each student she served could be successful.

Marilyn grew up in the Allegan area, one of six brothers and sisters, all of whom she cherished deeply. Her fondest memories of childhood were sledding in the yard during the winter time and wearing matching outfits that were hand-sewn by her mother for her twin sister Carolyn and her. Marilyn was grateful to have a twin because she always had a friend and never felt alone.

On June 23, 1962, Marilyn married the love of her life—Jack Ronald Sipple, a farmer from Martin, Michigan. They first met at a square dance and Jack, being a true gentleman, asked Marilyn’s older brother Paul if he could give her a ride home. Paul consented and the two began courting.

Jack and Marilyn spent their 58 years together working hard side-by-side on their dairy farm and enjoying family life with their children and grandchildren. While they always called Martin home, they made a point to explore far-off places together, including Alaska, Switzerland, Hawaii, and England. The two also volunteered much of their free time building churches and schools through an organization called Builders for Christ. The projects took them all over the United States, leading them to meet many like-minded friends, many of whom they are still in touch with. Marilyn was thankful to maintain such close friendships with people of faith through the years.

Marilyn will always be remembered by her children as an incredibly compassionate and intentional mother. She was first blessed with three daughters—Kathy, Christy, and Karen. When she gave birth to a son a number of years later, she recalled that Jack was so excited, he called all the neighbors to share the good news: “It’s a boy!” Her kids reminisced on how involved their mom was in 4H events and that she taught them to care for their animals and helped them get ready for the fair. A true family woman at heart, Marilyn made sure that they took a vacation each year—whether it was to Gun Lake, Cedar Point, or the Sleeping Bear Dunes—she prioritized time spent together. Marilyn loved raising her children on the family farm, and later, watching it become a haven for her grandchildren as well.

Ever a doting mother, Marilyn was just as nurturing as a grandmother. She took pride in her five grandchildren—John, Breyanna, Alli, Megan, and Casey. She enjoyed teaching them to make applesauce, bake, sew, and garden; and in turn, they taught her new card games and took her on golf cart rides around the farm. Marilyn loved spoiling her grandchildren with homemade desserts and telling them stories about her childhood. In June of 2020, she added another grandson to the mix when her granddaughter Megan married Kris Ward. Marilyn had a wonderful evening dancing with Jack at the wedding.

All her life, Marilyn has been a faithful follower of Jesus Christ. St. John’s Lutheran Church in Allegan was a second home to her. She served as a Sunday School teacher for 35 years as well as a Ladies Aid officer and member. One of the last things that Marilyn wrote was, “The belief I am most passionate about is my faith and knowing that God is always with me and I will be with my Savior in eternity.”

To send flowers to the family or plant a tree in memory of Marilyn Ann Sipple (Thompson), please visit our Heartfelt Sympathies Store.

Receive notifications about information and event scheduling for Marilyn

We encourage you to share your most beloved memories of Marilyn here, so that the family and other loved ones can always see it. You can upload cherished photographs, or share your favorite stories, and can even comment on those shared by others.

The Waldsmiths, Megan Culbertson and Ellie Bentson, and other have sent flowers to the family of Marilyn Ann Sipple (Thompson).
Show you care by sending flowers

Posted Aug 31, 2020 at 05:09pm
Marilyn was the kindest, nicest, thoughtful and most generous person that I have ever known. We could not have asked for a better friend. You are all in our prayers

The Waldsmiths purchased flowers for the family of Marilyn Sipple. Send Flowers

Sweet Tranquility Basket was purchased for the family of Marilyn Sipple. Send Flowers 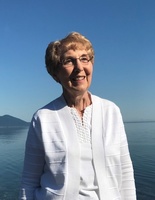