To share your memory on the wall of MacDonald Spidel, sign in using one of the following options:

He is survived by his wife of over 69 years, Judy (Chappell) Spidel, their four children Vicky (David) Garvin of Allegan, MI; Scott (Judy) Spidel of Bowling Green, KY; Diane (Ed) Lewis of Edinboro, PA; and Brenda (Steve) Laws of Murfreesboro, TN; 9 grandchildren, 18 great-grandchildren, and 3 great-great-grandchildren. He was preceded in death by his sister, Everrene Reish, and a special cousin, Ray Spidel, who was like a brother.

He moved to Allegan, MI when he was 8 years old and was a 1946 graduate of Allegan County High School where he was inducted into the school’s Athletic Hall of Fame for his feats in football, basketball, and track. He worked in the oil & gas industry until his retirement in 1985 when he moved to Bowling Green and started his tree stumping business. He was a member of Eastwood Baptist Church.

Funeral services will be held at 1 pm, Monday, Sept. 16, 2019 at Cone Funeral Home. Visitation will be on Sunday, Sept. 15, 2019 from 2 pm until 5 pm at the funeral home and again on Monday from 9 am until time of service. Burial will be at Fairview Cemetery.

The family wishes to extend sincere thanks to Mickey and Judy’s daughter-in-law, Judy L. Spidel, and to Hosparus Health of Barren River for their loving care and support. In lieu of flowers, donations can be made to Hosparus Health at hosparushealth.org.

The family has entrusted Cone Funeral Home with arrangements. You may view the obituary and offer your condolences at www.conefuneralhome.com
Read Less

To send flowers to the family or plant a tree in memory of MacDonald "Mickey" Spidel, please visit our Heartfelt Sympathies Store.

Receive notifications about information and event scheduling for MacDonald

There are no events scheduled. You can still show your support by sending flowers directly to the family, or planting a memorial tree in memory of MacDonald "Mickey" Spidel.
Visit the Heartfelt Sympathies Store

We encourage you to share your most beloved memories of MacDonald here, so that the family and other loved ones can always see it. You can upload cherished photographs, or share your favorite stories, and can even comment on those shared by others.

Posted Sep 22, 2019 at 11:42am
When the Allegan High School Class of 1946 met recently at The Grill House, an e-mail from Mickey was shared with the attending classmates. They were pleased to receive news from him. He was a well-liked and respected classmate. Condolences to the family.
Comment Share
Share via: 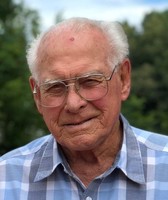