To share your memory on the wall of Kevin Stevenson, sign in using one of the following options:

In addition to his father, David Stevenson, Kevin is survived by his paternal grandmother, Marjorie (Stevenson) Brown; his siblings, Nicole Stevenson, Kelsey Somerville, Breanne McCarty and Deion Stevenson; nieces and nephews, Tyree, Amarie, Jayde, Michael “Bubba” and Jameson; aunts, Anita Butler, Diana Williams and Della Dandrige; and a host of cousins, family friends and caretakers. Kevin’s family wishes to extend special thanks to Cynthia and Judy for their years of dedicated care and love.

Kevin was so full of life and brought joy to everyone he encountered. He is deeply loved and will be greatly missed.

In accordance with his wishes, cremation has taken place. A memorial service will be planned for a later date. Gorden Funeral Residence, Allegan Chapel, is assisting the family with arrangements.
Read Less

To send flowers to the family or plant a tree in memory of Kevin Charles Stevenson, please visit our Heartfelt Sympathies Store.

Receive notifications about information and event scheduling for Kevin

There are no events scheduled. You can still show your support by sending flowers directly to the family, or planting a memorial tree in memory of Kevin Charles Stevenson.
Visit the Heartfelt Sympathies Store

We encourage you to share your most beloved memories of Kevin here, so that the family and other loved ones can always see it. You can upload cherished photographs, or share your favorite stories, and can even comment on those shared by others.

Guaranteed hand delivery by a local florist
BC

Posted Aug 06, 2020 at 11:27pm
I know it is strange to experience the passing of a loved one but God said He would grant us the grace needed Eccles:3:1-...Teaches there is a time for everything, and 2Tim1: God hath not given us a Spirit fear but of power,love and a sound mind. I'm sure Kevin would tell you use this to be comforted,all is all right! I'm in heaven where I belong! Surrounded by those who had gone before me. Take comfort. Folks I'll pray for God to guide you and take away the tears of each one as he hears your prayers My Gods peace,love and comfort be with each of you. The Rev Barry Cantrell
Comment Share
Share via: 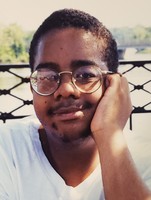