To share your memory on the wall of John "Jack" Zugel, sign in using one of the following options:

Provide comfort for the family of John "Jack" Zugel with a meaningful gesture of sympathy.

John was an extremely hard-working individual spending 13 years working at Harding’s Market and 23 years for Rockwell International, finally retiring from Stress Core after five years. Jack enjoyed bluegill fishing, gardening, playing “pay me” with family members and especially singing in the Blessed Sacrament Catholic Church choir where he had also been a member of the Knights of Columbus. He had a deep love for family and thoroughly enjoyed his grandchildren.

Jack was preceded in death by his sisters, Irma Steiger and Margaret Vandall; and his brother, Joseph Zugel.

Due to recent regulations, Jack will be laid to rest privately at Hudson Corners Cemetery. A Memorial Mass will be held at Blessed Sacrament Catholic Church at a later date. His last three years were spent battling dementia, while his wife, Delphine, was his primary care provider. Dear Lord, please make sure he finds his way. No man deserves eternal peace as much as our beloved Jack. Jack enjoyed some of his daytime spent in daycare at Generations located at the Allegan County Medical Care Facility and appreciated the care he received through Wings of Hope Hospice. If anyone would like to make a donation in honor of Jack, these would be the recommended charities of choice.
Read Less

To send flowers to the family or plant a tree in memory of John "Jack" Martin Zugel, please visit our Heartfelt Sympathies Store.

Receive notifications about information and event scheduling for John "Jack"

We encourage you to share your most beloved memories of John "Jack" here, so that the family and other loved ones can always see it. You can upload cherished photographs, or share your favorite stories, and can even comment on those shared by others.

I send my condolences to each of you. Your dad was a wonderful man and a good neighbor. May memories keep him close to your heart. Prayers for each of you during this time.
Jackie Spreitzer
Comment Share
Share via:
EM

Posted May 10, 2020 at 11:01pm
Grandpa,
I can’t believe I won’t be able to hear your voice again. It feels like only yesterday we were tossing around a smiley face balloon and singing to Sinatra. I will miss your jokes and stories, daily wisdom, and hearing your chuckle from every room of the house.
You had so much character and weren’t afraid to be yourself, something I always admired and strived to follow. You taught me so much about life, like a second father. From how to fish, ride our bikes, play cards, tell a good joke, be useful, take care of things, and be a great person.
I remember vivid memories of my childhood and all of my favorites include you. You loved us with your whole heart, even when I KNOW we were probably the most annoyingly energetic kids ever. Never complained, you were always wanting us to have fun, a child at heart. You would spread shaving cream on the kitchen table so we could draw and be silly together, and make faces with your Honey Nut Cheerios. I remember when us kids decided to have a lemonade stand down the Flynn's driveway to “save the rain forest”... you didn’t tell us that we clearly had a bad location (you were our only customer all day) riding your bike by every half hour, anything to make us smile.
I remember once I was so nervous for a performance and (to a few people’s horror) you took your leg off just to wave it at me and say “break a leg!” I realized then you were always teaching me that you can’t be scared of anyone, if you scare them first.
You taught us how fun life can always be, despite any circumstances. Always positive and cheerful, you would take us fishing to help us understand the importance of patience kindness and faithfulness, a living leader in God’s word.
The night you passed, I was out fishing and saw the most beautiful sunset and bald eagle over the Colorado mountains. I was sharing stories to my friends about our times together and you must have been with me right then. I will always carry you in my heart. I couldn’t ever forget what you taught me about life, love, gratitude and happiness and your memory will live on through our future children and through every song I sing. They will know of your amazing selflessness, your kind spirit, and your brave soul. I’m so proud to have had a Grandpa as amazing as you and I will spend every day I have left making you smile and laugh from heaven. 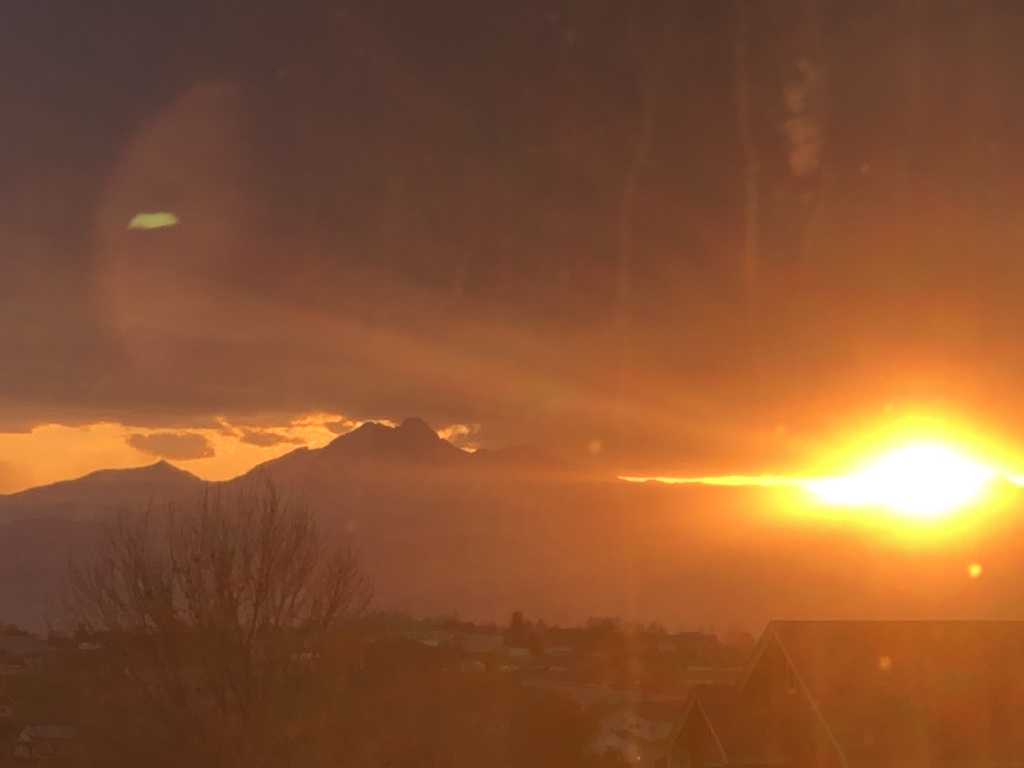 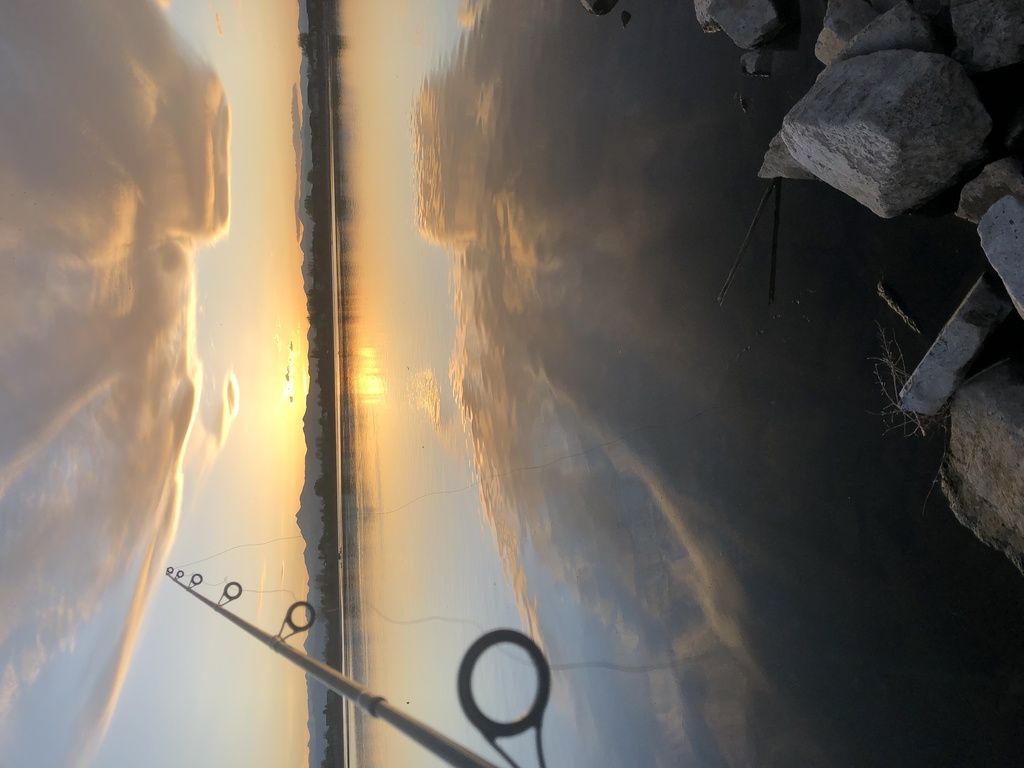 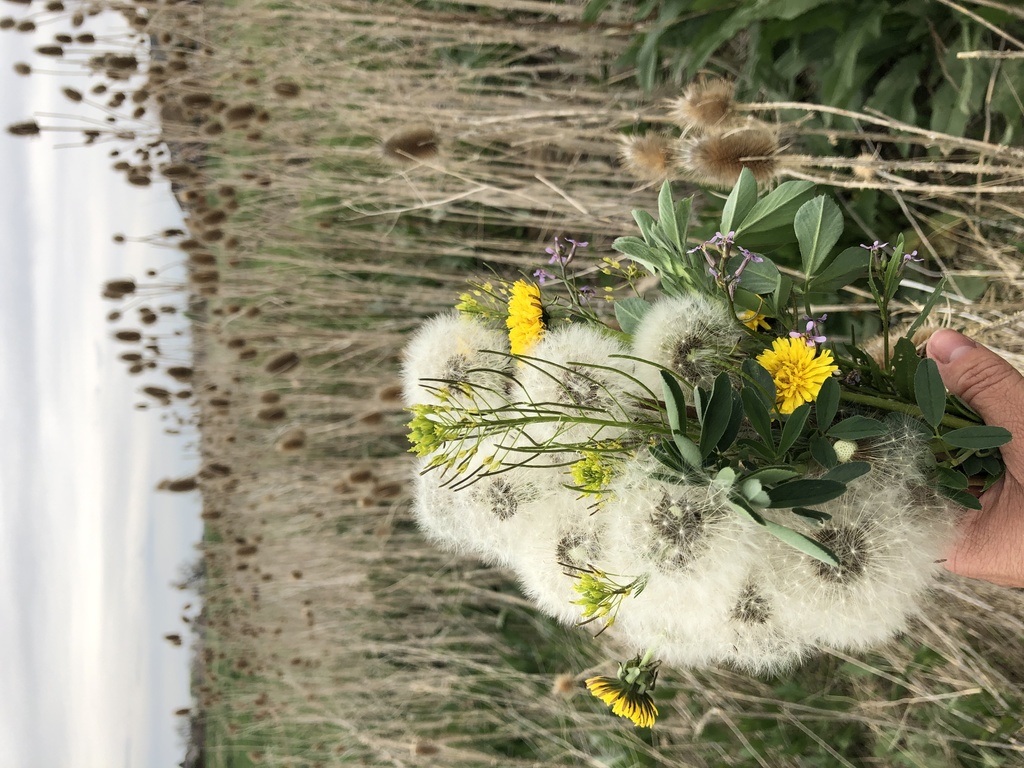 Posted May 09, 2020 at 02:51pm
I will miss our fishing adventures and attempting to beat you at card games. You always were one to enjoy life to its fullest. I will never forget our beanie baby excursions, garage sale shopping, and going to McDonald's. You were the best grandfather a grand-daughter could ever have. You left your mark on many, mostly you taught me how to enjoy life by always smiling. You also gave me your humor and witty jokes (I did 8-it per that roadkill game we always played into town). I love you so much. Rest in Peace.
Comment Share
Share via:
JD

Posted May 09, 2020 at 02:29pm
Delphine, I was truly sorry to hear about John's passing. Please know that I am sending you hugs and prayers
Comment Share
Share via: 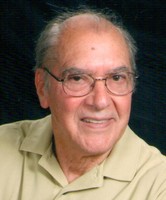 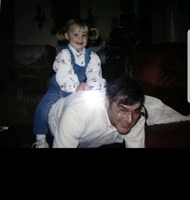 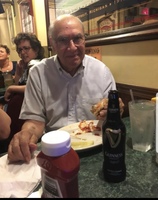 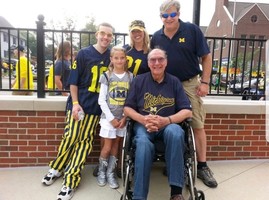