To share your memory on the wall of Janet Westfahl, sign in using one of the following options:

She is survived by her children, Sharilyn Westfahl, Jeff McLochlin, Jesse McLochlin, Jancy McLochlin and Jerry McLochlin; her sisters, Judith Solomon Padilla, Jeanette Schwartz and Beverly Merrit; many grandchildren and several great-grandchildren; numerous nieces and nephews; and her special friends, Hannah Hensel, Mark Forbes and Tricia Forbes. Along with her parents and her husband, she was preceded in death by her sons, James McLochlin and David Westfahl; her grandson, Michael Westfahl; her great-granddaughter, Mykayla Westfahl; her brother, Kenneth Solomon; and her sisters, Imogene Mooney and Mary Lou Schwartz.

Janet will be missed for her quick wit and sense of humor as well as her heart of gold. Her life was such a blessing to many of the people who remained in it. She was loved beyond words and she will be missed beyond measure. Heaven gained a beautiful angel.

Friends may meet with her family at the Gorden Funeral Residence, Hopkins Chapel, on Thursday, August 1, 2019 from 6:00 to 8:00 PM, where the rosary will be recited at 7:00 PM. Mass of Christian Burial will be held at St. Therese Catholic Church in Wayland on Friday, August 2, 2019 at 11:00 AM. Memorial donations may be made in Janet’s name to St. Therese Catholic Church or Kindred Hospice. Burial will take place at Lakeview Cemetery, Hopkins, Michigan. Gorden Funeral Residence, Hopkins Chapel, is assisting the family with arrangements.
Read Less

To send flowers to the family or plant a tree in memory of Janet Ilene Westfahl (Solomon), please visit our Heartfelt Sympathies Store.

Receive notifications about information and event scheduling for Janet

We encourage you to share your most beloved memories of Janet here, so that the family and other loved ones can always see it. You can upload cherished photographs, or share your favorite stories, and can even comment on those shared by others. 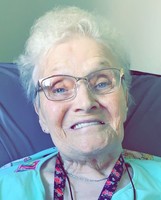