To share your memory on the wall of Janet Roblyer, sign in using one of the following options:

Along with her parents and her husband, she was preceded in death by her siblings, Pat Wellington, Dennis Pavlak, Julianne Brenner, Tom Pavlak and Randy Pavlak.

In accordance with her wishes, cremation has taken place. Janet will be laid to rest in Maplewood Cemetery, Hopkins Township on Friday, September 25, 2020 at 11:00 AM. The family will receive friends at Hopkins Community Church at 12:00 PM where a luncheon will follow.
Read Less

To send flowers to the family or plant a tree in memory of Janet Theresa Roblyer (Pavlak), please visit our Heartfelt Sympathies Store.

Receive notifications about information and event scheduling for Janet

We encourage you to share your most beloved memories of Janet here, so that the family and other loved ones can always see it. You can upload cherished photographs, or share your favorite stories, and can even comment on those shared by others.

Posted Sep 22, 2020 at 02:34pm
Our thoughts and prayers are with you and your family at this time. Please accept our warmest condolences. With love, Your Floor Source Family

Flowers were purchased for the family of Janet Roblyer. Send Flowers 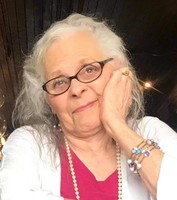