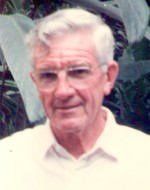 Jack VanderBaan, 92, of Wayland, MI passed away Wednesday, February 12, 2020 at Metro Health Hospital. Born May 26, 1927 in Workum, Netherlands, he was the son of the late Gerlof and Janke (Emgersma) VanderBaan and the husband of Vivienne (Henkel Spray) VanderBaan and the late Lina VanderBaan. Mr. VanderBaan served proudly in the United States Army as a military policeman while in Germany. He was also a lifetime member of the VFW. Mr. VanderBaan had been a member of Epiphany Lutheran Church in Dorr for over twenty-five years. He retired from General Motors after thirty-one years of employment.