To share your memory on the wall of Hazel Arndt, sign in using one of the following options:

A graveside memorial service will take place on Thursday, July 18, 2019 at 11:00 AM in Poplar Hill Cemetery. Memorial donations may be made to Wings of Hope Hospice, 530 Linn Street, Allegan, MI 49010; or Allegan Dollars for Scholars, P.O. Box 8, Allegan, MI 49010. Gorden Funeral Residence, Allegan Chapel, is assisting with arrangements.
Read Less

We encourage you to share your most beloved memories of Hazel here, so that the family and other loved ones can always see it. You can upload cherished photographs, or share your favorite stories, and can even comment on those shared by others.

Posted Jul 12, 2019 at 12:48pm
My sincere condolences go out to all the children of Mrs. Arndt. I remember spending alot of time in the family home out in out in South Monterey. My prayers are with all of you, Norm, Marla Linda & Carol. What a blessing you had your mother for so many years. Love, Janie (Funk) Caldarona 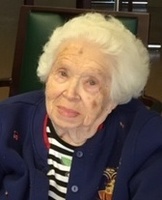