To share your memory on the wall of Harry Radke, sign in using one of the following options:

The family will receive friends at Gorden Funeral Residence, Allegan Chapel, on Thursday, May 2, 2019 from 6:00 PM until 8:00 PM. A funeral service will take place on Friday, May 3, 2019 at 11:00 AM at the funeral home. Burial will follow in Oakwood Cemetery. Memorial donations may be made to Wings of Hope Hospice, 530 Linn Street, Allegan, MI 49010. Gorden Funeral Residence, Allegan Chapel, is assisting the family with arrangements.
Read Less

We encourage you to share your most beloved memories of Harry here, so that the family and other loved ones can always see it. You can upload cherished photographs, or share your favorite stories, and can even comment on those shared by others.

Posted May 02, 2019 at 08:36am
Harry was friends with my older siblings when I was in grade school - Jr high. There was a time growing up he was at our home often and seemed part of our family. When I was about 11 - 12 years old, Harry had an influence on my Christian faith and my confession of Jesus as my Lord, although I don't think he ever knew how much of an influence he had on me. I moved away from Allegan when I was 18 and haven't seen Harry since then, but I will not forget him, his long hair, and his sense of humor. I look forward to the hope of Christ's return.
Comment Share
Share via:
TB

The families of Becky Cortright and Danielle Balli

The families of Becky Cortright and Danielle Balli purchased flowers for the family of Harry Radke.

Posted May 01, 2019 at 06:22am
I have not seen Harry for a long time, but his Smile was always with me and anyone that knew him . He had a sense of humor that couldn't be beat, he was kind and caring to everyone and his family was number one . Good bye ol' friend ....
Comment Share
Share via: 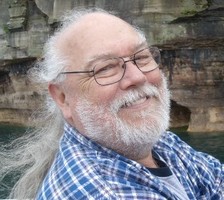