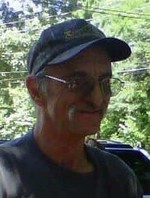 Eugene “Gene” Arthur Statler, Jr., 78, of Allegan, MI and formerly of Kalamazoo, passed away Wednesday, June 12, 2019 at home with his family at his side. Born July 20, 1940 in Kalamazoo, he was the son of the late Eugene Arthur and Lorraine (Johnson) Statler. Gene was raised on his parent’s farm in Alamo Township and was a graduate of Otsego High School. He was united in marriage to the late Sandra Kay (Lock) in 1963 in Kalamazoo. Gene went to work for Aero-Motive in 1973 and was a dedicated employee there until his retirement in 2004. He had a love for animals and always had a dog in his home. Gene was an avid outdoorsman. He loved hunting, fishing and gardening. He also enjoyed hitting the open road with his son on their motorcycles. Gene had a wonderful sense of humor and was always quite a jokester. He was preceded in death by his parents, Eugene and Lorraine; and his wife of over fifty years, Sandra.

In accordance with his wishes, cremation has taken place. A memorial service and inurnment will take place at a later date and details will be announced once finalized. In lieu of flowers, memorial donations may be made to Wings of Hope Hospice or to a local animal shelter.