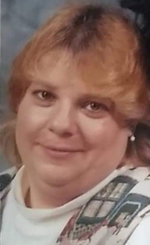 Dawn Elaine Butcher, a woman with a heart bigger than life itself, was born on January 7, 1966 to Lloyd Veldhuis and Joanne Christman. Dawn was the second eldest of her five brothers and two sisters. On November 11, 2020 Dawn was called home by the Lord after a five year battle with lung cancer. Dawn had worked for Armintrout’s Nursery for a number of years and also in the home healthcare field, which she thoroughly enjoyed. She loved to spend time outdoors whenever she was able. Going horseback riding, swimming, fishing and camping were among her favorite pastimes as well as tending to her gardens. When her health no longer offered her the ability to spend as much time outside, Dawn discovered that she also had a passion for shopping. She loved to collect lighthouses and adored windmills. Dawn’s greatest joy came from being a grandmother. There was nothing she would rather be doing than being with her grandchildren and spoiling them in any way possible.

Dawn was one of the cornerstones of a very large family and is now survived by her mother, Joanne; her loving companion of over thirty years, Danny Teets; her children, Amanda Veldhuis (Ace Truesdell), Brandon (Donna) Veldhuis and Michael Veldhuis; siblings, Lyndon Veldhuis, Kenneth Veldhuis, Mickey Christman, Aaron Jameson, Brian Jameson and Stacey Koetsier; and her grandchildren, Elaina, Jonathan, Christopher, Ethan, Maryea, Landon, Haley, Camden, Zandon, Jackson and Chase. She was preceded in death by her father, Lloyd; and her sister, Shannon Christman.