To share your memory on the wall of Carol Hoover, sign in using one of the following options:

Carol worked as a machinist for Johnson & Johnson in Chicago, IL. After moving to Allegan, MI, she drove school bus for Allegan Public Schools, before eventually working at Allegan General Hospital in a variety of roles. She retired in 2005 to spend more time with her grandchildren, but after several years of retirement, Carol decided to pursue her life-long interest of working for the Gun Lake Casino. She quickly created a family of friends within the casino and said working at the casino was the best job she had ever had. Her co-workers were especially supportive when she began to decline in health due to her breast cancer diagnosis.

Over the course of her life, Carol touched many people with her positive outlook and sense of humor. She loved camping, crafting, and playing bunco with her friends. She and Victor shared a love of movies, crime drama shows, and most recently, the game show channel. She is adored by her husband and children and her loss will be greatly felt by her family and friends.

Carol’s wishes were to be surrounded by her family at the time of her passing. Cremation has taken place, and her family will celebrate her life with a private gathering. Carol and her family would like to thank The Wings Home staff for their compassion and comfort. In lieu of flowers, the family wishes donations be made to The Wings Home, 530 Linn Street, Allegan, MI 49010.
Read Less

To send flowers to the family or plant a tree in memory of Carol Ann Hoover (Hayes), please visit our Heartfelt Sympathies Store.

Receive notifications about information and event scheduling for Carol

There are no events scheduled. You can still show your support by sending flowers directly to the family, or planting a memorial tree in memory of Carol Ann Hoover (Hayes).
Visit the Heartfelt Sympathies Store

We encourage you to share your most beloved memories of Carol here, so that the family and other loved ones can always see it. You can upload cherished photographs, or share your favorite stories, and can even comment on those shared by others.

Posted Feb 28, 2020 at 09:43pm
I’m so sorry to hear this. Sending our prayers for comfort and peace to her family. We had many good times driving bus together. Jessie Cronkhite
Comment Share
Share via:
BG

Posted Feb 28, 2020 at 10:14am
So sorry for your loss of this lovely woman. I was Carol's supervisor at Allegan General Hospital and so appreciated her positive attitude, her fine work ethic and her great humor. She was such a pleasure to work with! I can only imagine how she must have lit up her casino family🙏💕
Comment Share
Share via:
BR

Posted Feb 27, 2020 at 05:43pm
Victor and Susan, I'm so sorry to hear of Carols passing she was so funny and I enjoyed working with her at AGH, may your memories comfort you in years to come.
Comment Share
Share via:
PM

Posted Feb 27, 2020 at 10:59am
I'm so sorry to here of Carol's passing. My thoughts and prayers are with all of you
Pat Miner
Comment Share
Share via:
FT

Posted Feb 26, 2020 at 09:26pm
What a great lady. I meant Carol through 4-H and her wonderful family. My prayers are with the whole family. she will be sadly missed.
Comment Share
Share via: 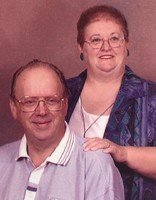 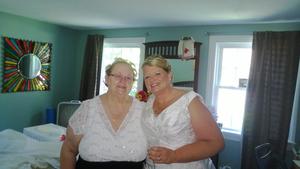 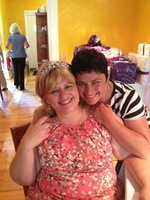